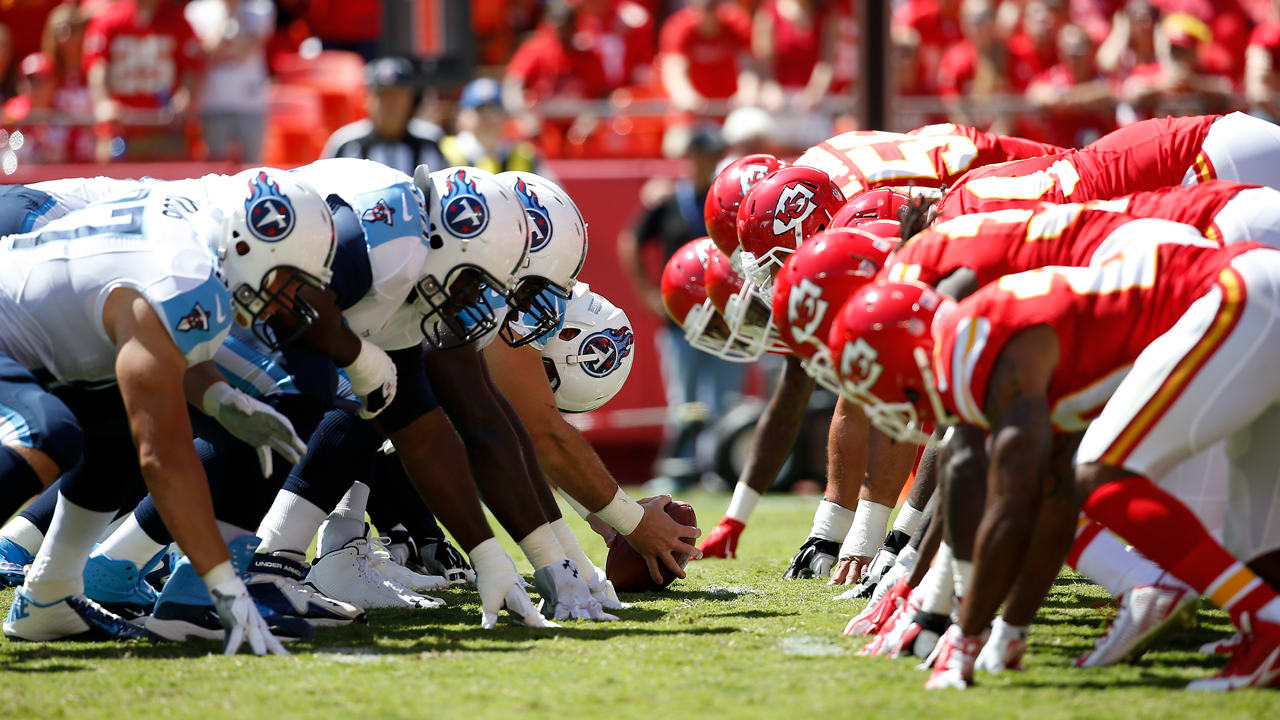 The Kansas City Chiefs will host the Tennessee Titans in the AFC Championship game Sunday afternoon from Arrowhead Stadium. The Titans stunned the Ravens with a 28-12 win in Baltimore last week, and the Chiefs rallied for a 51-31 home win against the Texans in their AFC Divisional game. The Titans recorded a 35-32 home win against the Chiefs in week 10. Tennessee also eliminated the Chiefs in the 2017 Wildcard game.

The Tennessee Titans have embraced the role of underdog. They stunned the Patriots with a 20-13 road win in the Wildcard and crushed the Ravens 28-12 in Baltimore in the Divisional Playoff. The Titans have now won three straight games dating back to their regular-season finale win against the Texans.

Ryan Tannehill was outstanding in the regular season after taking over as the #1 QB in place of Marcus Mariota. The veteran QB logged 2742 passing yards with a 22:6 TD to INT ratio in 11 regular-season games. Tannehill has been busy handing the football to Henry and only has 160 passing yards in the two playoff wins, although he has a 3:1 TD to INT ratio.

Derrick Henry has been the MVP of the playoffs so far. The 26-year old RB rushed for 182 yards against the Pats and followed with a remarkable 195 yards against a strong Baltimore defense. Titans #1 receiver A.J. Brown only has 13 receiving yards in his last two games. The 22-year old rookie WR finished the regular season with 1051 yards. The Titans offense has clearly relied heavily on their running game and for good reason. They have scored at least 28 points in three out of their last four games.

The Tennessee defense was a strength most of the season and they were stellar in both playoff wins. They Limiting Tom Brady and the Pats to 13 points and Lamar Jackson and the Ravens to 12 points which is no easy task. They finished the regular season ranked 12th against the rush and 24th against the pass. Tennessee scored an average of 25.1 points in regular season play, good for 10th in the NFL. They allowed an average of 20.7 points, placing them 12th overall. The Titans are now 7-3 on the road including their playoff wins.

No lead is insurmountable for the Kansas City Chiefs. They rallied from a 24-0 deficit to the Texans in their 51-31 victory in the AFC Divisional Playoff last week. K.C. has now won seven consecutive games overall.

Pat Mahomes came through with a spectacular effort in the winning effort, racking up 321 passing yards along with a remarkable five touchdowns. The 24-year old star QB has now gone six straight games without tossing a pick. Mahomes logged 4031 passing yards with a 26:5 TD to INT ratio in the regular season. Damien Williams rushed for 74 yards last week. The 27-year old RB had a solid regular season, recording 498 rushing yards on an average of 4.5 yards per attempt.

Travis Kelce was a force last week, making 10 receptions for 134 yards. The 30-year old tight end has great chemistry with Mahomes and he collected 1229 receiving yards this season. The Chiefs offense has now scored over 30 points in two straight games and has recorded at least 23 points in 12 straight. Mahomes has led the Chiefs to the fifth-ranked passing offense.

The Kansas City defense does not get the attention their offense does, however, they were outstanding in the final stretch of the season and on Sunday. They stand eighth in the NFL against the pass and 26th against the run. The Chiefs averaged 28.2 points this season ranking them fifth in the NFL. They held opponents to 19.7 points, good for seventh overall. K.C. is 6-3 at home.

The Tennessee Titans are an American football team based in Nashville, Tennessee. The Titans compete in the National Football League (NFL) as a member club of the American Football Conference (AFC) South division. Previously known as the Houston Oilers, the team began play in 1960 in Houston, Texas, as a charter member of the American Football League (AFL). The Oilers won the first two AFL Championships, and joined the NFL as part of the AFL–NFL merger in 1970.

The team relocated from Houston to Tennessee in 1997, and played at the Liberty Bowl Memorial Stadium in Memphis for one season. The team then moved to Nashville in 1998 and played in Vanderbilt Stadium. For those two years, they were known as the “Tennessee Oilers”, but changed their name to “Tennessee Titans” for the 1999 season. The team currently plays at Nissan Stadium in Nashville, which opened in 1999 as Adelphia Coliseum. The Titans’ training facility is at Saint Thomas Sports Park, a 31-acre (13 ha) site at the MetroCenter complex in Nashville.[5]

The team has appeared once in the Super Bowl (XXXIV), the same year they changed their name to “Titans”, and in which they lost to the St. Louis Rams.