Manchester City host West Ham at the Etihad in midweek, in a fixture rearranged for Wednesday February 19 following its postponement amidst ‘Storm Ciara’ last weekend.

Defeat to Tottenham last time out halted a run five games unbeaten since the champion’s loss at Wolves in late December, with Man City having fallen 22 points adrift of runaway leaders Liverpool.

Guardiola’s side sit comfortably in the top four and their position as Champions League qualifiers looks secure, so the Spaniard may look to rotate his side ahead of some season defining fixtures in cup competition. The club will meet Aston Villa in the Carabao Cup final in March, whilst the first leg of their huge Champions League last-16 meeting with 13-times winners Real Madrid is arriving quickly on the horizon.

Guardiola will be seeking to fine-tune his side ahead of that clash with the Spanish giants on February 26, though will be without the suspended Oleksandr Zinchenko for the visit of the Hammers, while Raheem Sterling is also a likely to be an absentee as he recovers from a hamstring complaint.

Are West Ham headed towards the Championship? The form book would certainly suggest so.

David Moyes’s side have won just once in their past eight fixtures, statistically the worst record of any side in the division and a run that has seen the club drop into the Premier League’s relegation places.

Despite heavy investment, the club continues to underperform, with expensive recruits such as Sebastien Haller and Felipe Andersen having failed to deliver the required level of performance so far this season.

Moyes possesses arguably the most talented squad of those in the bottom six at present, but the club’s free-fall and subsequent change of manager has failed to revitalise the Hammers’ fortunes in recent weeks and there is a growing unrest around the London Stadium.

West Ham face trips to City, Liverpool, Arsenal and Tottenham in their next six fixtures, and Moyes will hope his side are not too far adrift ahead of a crucial run-in to preserve their top flight status.

The club will hope for some inspiration from January signing Jarrod Bowen, the prolific winger having arrived in a £22m deal from Championship side Hull City. 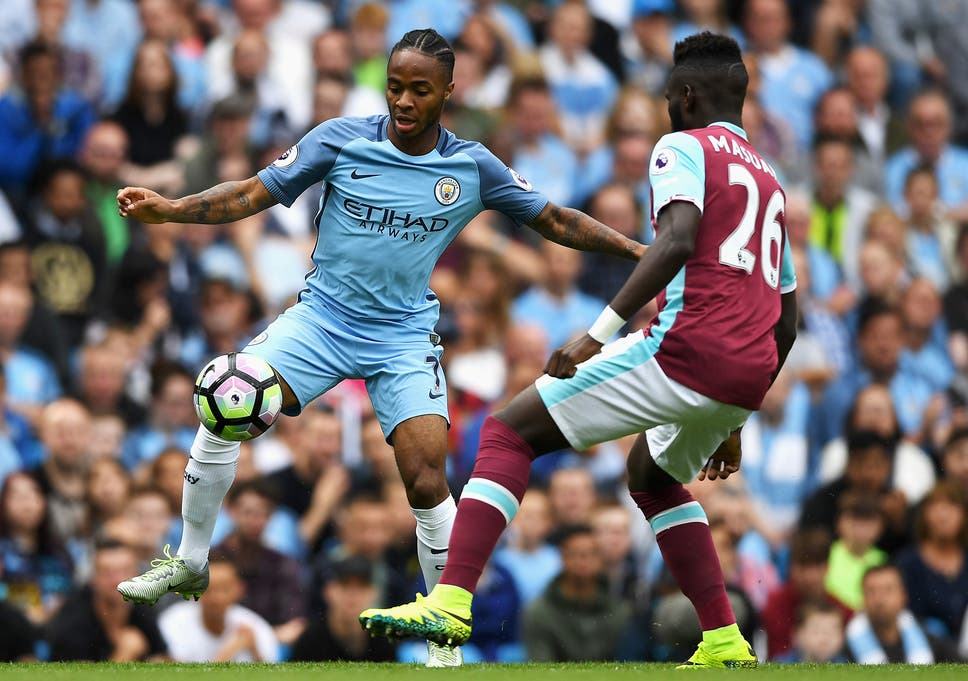 Defending champions City would begin the defence of their Premier League title in perfect fashion, thrashing West Ham at the London Stadium to quickly burst the bubbles of optimism surrounding the east London club.

Raheem Sterling would help himself to a hat-trick as City hit five without reply, Gabriel Jesus and Sergio Aguero scoring either side of the England winger’s treble to secure a huge away victory for Pep Guardiola’s side.