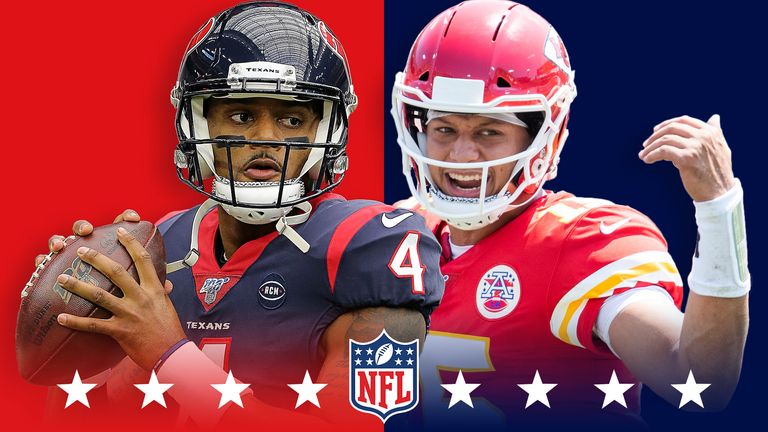 After what the late Charlie Jones would have called a “wild, wild card weekend”, the playoff field has been whittled to eight teams. The Houston Texans go on the road to face the Kansas City Chiefs in the AFC Divisional Playoff Sunday afternoon. Houston rallied to beat Buffalo 22-19 at home in their wild card round matchup last Saturday. Kansas City fell into a bye after they downed the Chargers 31-21 at home back on December 29 in their regular season finale, coupled with a New England loss. The teams have split 10 regular season meetings with the Texans earning a 31-24 road win in the most recent matchup, which was on October 13, 2019. In the postseason, the Chiefs won the only previous meeting, taking a 30-0 road win in the AFC Wild Card Round on January 9, 2016. 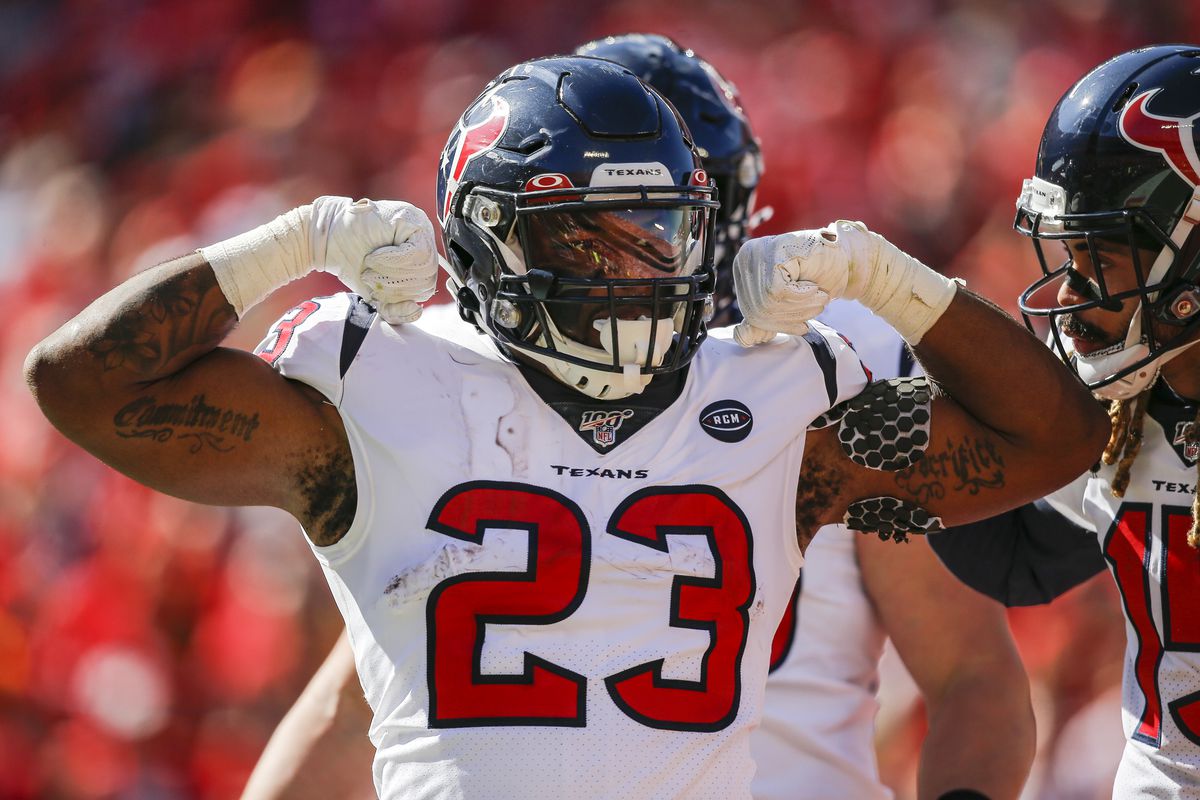 Houston has been involved in a lot of tight games this season with 12 of their 17 contests decided by seven points or less at this point of the season. The Texans are 9-3 in those games and their win over Tampa Bay in week 16 clinched the AFC South title. Houston dropped their opener on Monday Night Football, losing 30-28 to the Saints on a 58-yard field goal as time expired. The Texans bounced back with wins over Jacksonville (13-12) at home and the Chargers (27-20) on the road. Houston was defeated 16-10 at home by Carolina before rebounding with a home win over Atlanta (53-32) and a road triumph over Kansas City (31-24) before their loss to Indianapolis (30-23) on the road in week seven in a battle for the top spot in the AFC South. The Texans bounced back by sneaking past the Raiders 27-24 in week eight before whipping Jacksonville 26-3 in their final game before the bye. Coming out of the bye, the team was pulverized by the Ravens 41-7 before edging the Colts (20-17) at home on a Thursday night. The Texans followed that up with a 28-22 home win over New England before sleepwalking through a 38-24 home loss to Denver that wasn’t as close as the final score indicated. Houston bounced back with a 24-21 win at Tennessee that gave them the upper hand in the AFC South race leading into their game with Tampa Bay. The Texans clinched the division title with a 23-20 road win over Tampa Bay in week 16 and rested their starters in a meaningless 35-14 loss to Tennessee at home in week 17 that sent the Titans to the playoffs.

Against Buffalo, the Texans struggled for the better part of three quarters before finally getting into gear. Houston reeled off 19 unanswered points to erase a 16-0 deficit but gambled on a fourth down and one that could have closed out the game. The Texans then allowed Buffalo to drive 41 yards in 11 plays to kick the game-tying field goal with five seconds left to force overtime. In the extra session, the teams traded punts with the Texans catching a break on an illegal blindside block call on Buffalo’s Cody Ford that proved questionable at best. On their ensuing possession, the Texans converted a third and 18 where the ball was snapped after the play clock expired. A few plays later, Deshaun Watson shook off being hit by two Bills defenders to complete a 32-yard pass to Taiwan Jones. Ka’imi Fairbairn booted a game-winning 28-yard field goal with 3:20 to play in overtime to give Houston the win. The Texans were outgained 425-360, gave up 24 first downs while picking up 19 and held a slim 36:25 to 35:15 edge in time of possession. Both teams turned the ball over once in the contest.

Kansas City started the season where they left off last year, was up and down in the middle of the season and seems to be rolling again. The Chiefs opened the season with four straight victories, rolling over the Jaguars (40-26) and Raiders (28-10) before winning a pair of close games over Baltimore (33-28) at home and Detroit (34-30) on the road. Kansas City has battled through injuries to skill position players but they’ve been held in check for long stretches in the last couple of games. The Chiefs were neutralized by the Colts in a 19-13 home loss in week five before falling to Houston at home in week six. That set the stage for an AFC West tilt with the Broncos in week seven, where the Chiefs prevailed 30-6 despite losing Patrick Mahomes to a dislocated knee. With Matt Moore under center in week eight, Kansas City fell 31-24 at home to Green Bay before edging the Vikings 26-23 at home. The Chiefs were beaten on the road by the Titans (35-32) before knocking off the Chargers (24-17) heading into their bye. Coming out of the bye, the Chiefs bombed the Raiders (40-9) at home, beat New England (23-16) on the road and dropped Denver (23-3) at home before drubbing the Bears 26-3 on the road. That set up their regular season finale against the Chargers.

Against Los Angeles, the Chiefs needed a win and a Patriots loss to avoid playing on wild card weekend. As it turned out, that was exactly what transpired. The Chiefs used some big plays to come up with the victory. Kansas City led 10-7 at the half before giving up a touchdown drive after an interception to trail 14-10 but struck back quickly. Mecole Hardman took the ensuing kickoff back 104 yards for the go-ahead score and the Chiefs didn’t look back. Damien Williams added an 84-yard touchdown run later in the third quarter to go up 24-14. Williams sealed the win with a seven-yard scoring run with 2:37 to play. After Ryan Fitzpatrick led Miami to a touchdown to drop New England, the Chiefs earned the second seed in the AFC playoffs and the all-important first-round bye. Kansas City was outgained 366-336, gave up 25 first downs while picking up 16 and lost the time of possession battle 36:04 to 23:56. The Chiefs did force two takeaways while committing one but their special teams score proved crucial.

The Houston Texans are a professional American football team based in Houston, Texas. The Texans compete in the National Football League (NFL) as a member club of the American Football Conference (AFC) South division. The team plays its home games at NRG Stadium.

The club first played in 2002 as an expansion team, making them the youngest franchise currently competing in the NFL.[5] The Texans replaced the city’s previous NFL franchise, the Houston Oilers, which moved to Nashville, Tennessee and are now known as the Tennessee Titans. The team was founded and owned by Bob McNair from 1999 until his death in 2018. Following McNair’s death, the majority ownership of the team went to his wife, Janice McNair, and his son, D. Cal McNair.

While the team mainly struggled in the 2000s, they found success in the 2011 season, after clinching their first playoff berth and went on to win their first division championship.[6] The Texans have gone on to win four more AFC South championships since then, in 2012, 2015, 2016, and 2018. As of the 2019 season, they are the only franchise to have never appeared in a conference championship game.