Join my Discord to get in touch with me 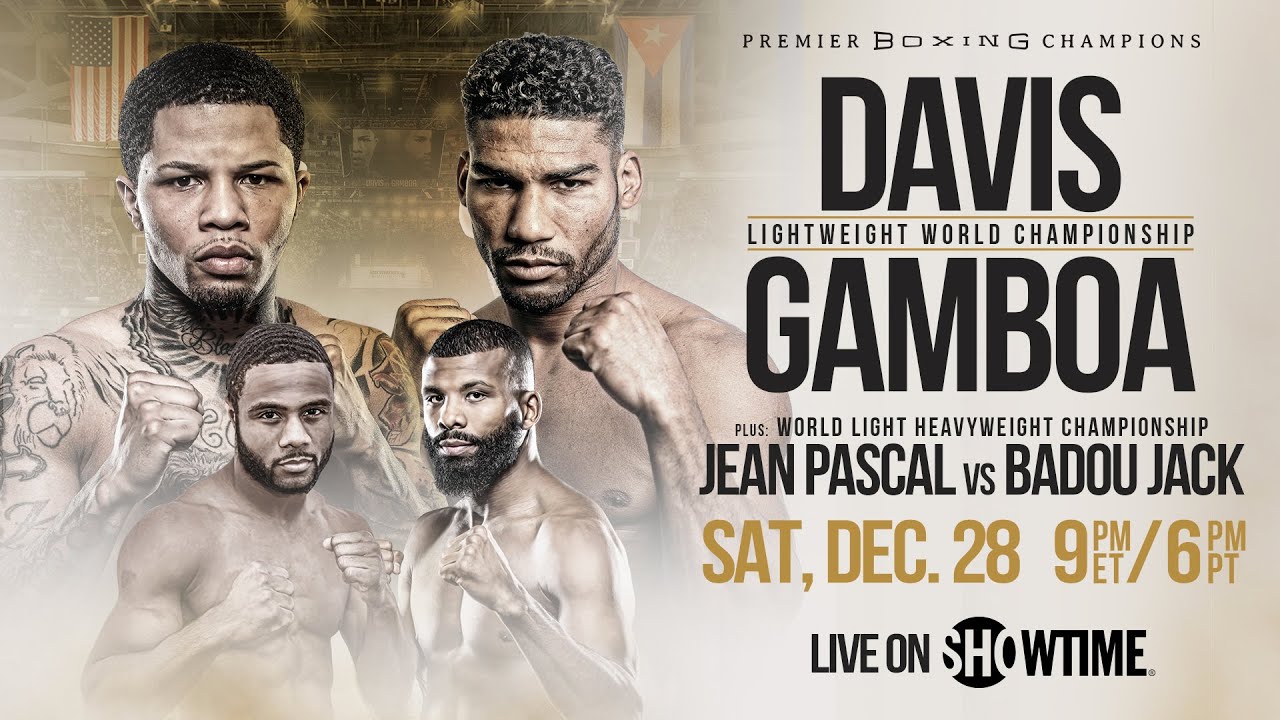 Gervonta Davis travels up in weight to vie for a lightweight title against veteran Yuriorkis Gamboa. Davis hopes to prove his pound-for-pound talent.
It’s youth vs. experience when the 25-year-old Gervonta Davis (22-0, 21 KOs) meets the aged Yuriorkis Gamboa (30-2, 18 KOs) for a version of the WBA lightweight title on Dec. 28. Davis is the overwhelming favorite, but Gamboa is a former champion.

Showtime boxing closes out the year with an extremely competitive fight card. Davis vs. Gamboa is the co-main event alongside Jean Pascal (34-6-1, 20 KOs) vs. Badou Jack (22-2-3, 13 KOs) for the WBA light heavyweight title.

Also, Jose Uzcategui returns to the ring for the second time since losing the IBF super middleweight title to Caleb Plant in January. A strong showing could put him back in the title hunt.

According to the Sportsbook Review, Davis is a heavy betting favorite ranging from -2500 to -4480 odds. The odds are lopsided considering Gamboa’s experience as an amateur world and Olympic champion and professional title reigns, but at 38 years old, his best years seem to be behind him.

Considering Davis’s 95% knockout rating, it could be an early night for Gamboa. However, Gamboa’s Cuban style could give Davis problems, but the southpaw Davis has a penchant for power punching.

The most entertaining bout of the night could be Pascal vs. Jack. Both men are older fighters. Jack is 36 years old, and Pascal is 38 years old. In January, Jack lost to Marcus Browne via unanimous decision after suffering a horrific cut. He soldiered on to finish the fight but lost his WBA light heavyweight title in the process.

Ironically, Pascal upset Browne in August to become the new champion. Both have been knocked out in the past, which makes this an exciting contest.

The only way to watch the last boxing bouts of 2019 is to tune in to Showtime at 9 p.m. ET. All of the previously mentioned fights will be televised. You can also stream the card through the Showtime Anytime app.