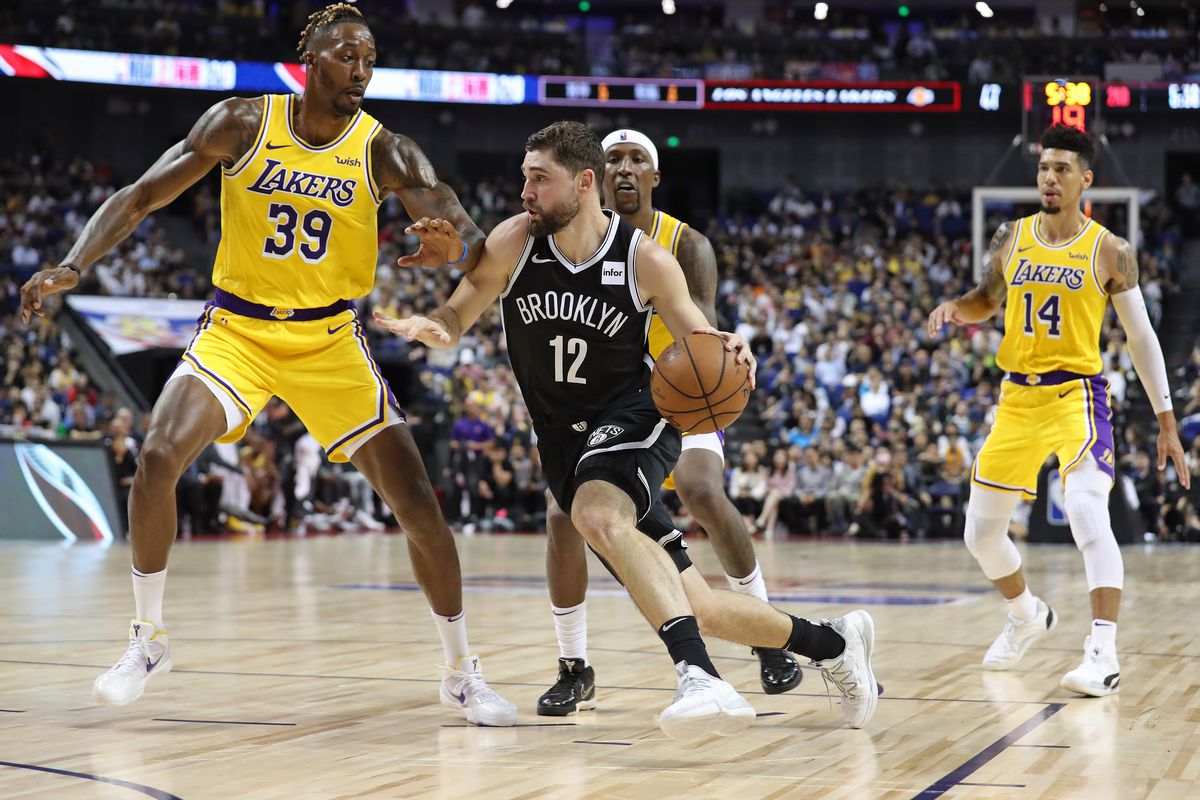 It’s an interconference clash between a pair of big market squads in a different borough of the Big Apple. The Los Angeles Lakers are on the road as they travel to face the Brooklyn Nets Thursday night. Los Angeles was in action on Wednesday night as they faced the Knicks in Manhattan. The Lakers were routed 139-107 on the road by Boston Monday night in their last game. Brooklyn was dropped 117-111 at home by Philadelphia Monday afternoon in their latest contest. The Lakers own a 64-25 edge in the all-time regular season series between the teams but the Nets took both matchups last season. That includes a 111-106 road win in the most recent matchup on March 22, 2019.

Los Angeles Lakers Log Second Game of Back to Back

Los Angeles was in action on the road against the Knicks on Wednesday night in their last contest. The Lakers entered Wednesday holding a 3.5-game lead over the Clippers in the Pacific Division. In the Western Conference playoff picture, Los Angeles held that same 3.5-game edge over the Clippers with the Nuggets and Jazz four games back. The Lakers entered Wednesday 18-4 on the road this season. In those games, Los Angeles averages 114.7 points per game while allowing 109.4 points a night. The Lakers are 5-0 in the second game of back to back situations and outscore their opponents by 16 points a game in those outings. Los Angeles is 1-2 against Atlantic Division foes, scoring 109.7 points and allowing 113 ppg a night in those games.
The Lakers are 7th in the league in scoring offense as they put up 114 points per game. Los Angeles is 15th in rebounding with 45.6 boards per contest and 6th in assists with 26.1 per game. The Lakers stand 7th in the league in scoring defense as they allow 106.4 points per night. LeBron James is second on the team with 25.2 points, 7.6 rebounds and 11 assists per contest this season. Anthony Davis contributes a team-high 26.6 points, 9.3 rebounds and 2.6 blocks a night while Kyle Kuzma chips in 13.2 points per contest. Avery Bradley, Danny Green, Dwight Howard and Kentavious Caldwell-Pope are among the role players that the team is leaning on to supplement their star duo. The Lakers are 1st in the league in field goal percentage as they shoot 48.5 percent as a team. Los Angeles is 21st in the league with 11 triples per game while standing 11th in three-point shooting at 35.9 percent from downtown.

Brooklyn suffered their fourth straight loss as they were knocked off at home by Philadelphia Monday afternoon in their last contest. The Nets entered Wednesday fourth in the Atlantic Division, 10.5 games behind the Raptors for the top spot. In the Eastern Conference playoff picture, Brooklyn held the final playoff spot by three games over the ninth-place Pistons. The Nets led by three after the opening quarter, by four at the half and by one after three quarters. Brooklyn led by seven late in the third quarter but gave up a 13-0 run over a three-minute span covering the third and fourth quarters to trail 97-91. The Nets never got back to even again. Brooklyn shot 48.1 percent from the field, including 11 of 29 from three-point range but turned the ball over 22 times. Spencer Dinwiddie led the Nets with 22 points and seven assists in the contest.
The Nets enter this contest 19th in the league by averaging 109.3 points per game on the year. Brooklyn is second in the league in rebounding by pulling down 48.5 boards a night while they are 17th by dishing out 23.6 assists per game. The Nets are 18th in scoring defense as they allow 111.6 points per game this year. Kyrie Irving leads the team with 26.5 points, 5.3 rebounds and 6.9 assists a night on the season. Caris LeVert chips in 14.9 points per contest while Spencer Dinwiddie contributes 21.8 points and 6.4 assists a game. Joe Harris (14 points), Garrett Temple (10.3 points) and Taurean Prince (12.3 points, 6.6 rebounds) are solid contributors while Jarrett Allen (11.4 points, 9.8 rebounds) pairs with DeAndre Jordan to provide a pair of serviceable big men in the paint. Brooklyn is 24th in field goal percentage by shooting 44 percent from the field as a team this season. The Nets are tied for 9th in threes per game by knocking down 12.3 triples per contest while ranking 28th in the league by hitting 33.2 percent from beyond the arc on the year. Irving is expected to take the floor after missing Monday’s game to rest his hamstring. Jordan is questionable with a finger injury he sustained January 15.

The Brooklyn Nets are an American professional basketball team based in the New York City borough of Brooklyn. The Nets compete in the National Basketball Association (NBA) as a member of the Atlantic Division of the Eastern Conference. The team plays its home games at Barclays Center. They are one of two NBA teams located in New York City; the other is the New York Knicks. The team was established in 1967 as a charter franchise of the NBA’s rival league, the American Basketball Association (ABA). They played in New Jersey as the New Jersey Americans during their first season, before moving to Long Island in 1968 and changing their name to the New York Nets. During this time, the Nets won two ABA championships (in 1974 and 1976). In 1976, the ABA merged with the NBA, and the Nets were absorbed into the NBA along with three other ABA teams (the San Antonio Spurs, Indiana Pacers, and Denver Nuggets, all of whom remain in the league today).

In 1977, the team returned to New Jersey and played as the New Jersey Nets from 1977 to 2012. During this time, the Nets won two consecutive Eastern Conference championships (in the 2001–02 and 2002–03 seasons), but failed to win a league title. In the summer of 2012, the team moved to Barclays Center, and took its current geographic name.[10]